To see Mother’s Day card ideas jump ahead to 6:31!

My goal is to share hidden gems from the past that will inspire your creativity today! This video shares ideas for DIY button jewelry and printable button images for card making. Many of you know I have a love of sewing and fashion ephemera which led me to write my book, Vintage Notions: an inspirational guide to needlework, cooking, sewing, fashion and fun! , so it is only fitting that I continue to share vintage treasures to inspire your modern makes! So what is the history behind these buttons? Before plastic, buttons were made from freshwater clamshells at factories along the Mississippi, particularly in the state of Iowa. By 1905, Muscatine, Iowa produced over 1 1/2 billion pearl buttons annually, 37% of the world’s buttons. This small town in Iowa,  was the undisputed Pearl Button capital of the world. This industry rose and fell over a period of 75 years. German immigrants originally launched the industry in the late 1800s. Mussel fishing or “clamming” as it was called started small but quickly became the Gold Rush of the Mississippi. By the early 1900s, 40 to 60 tons of shell was produced annually, at an estimate value of approximately $1 million in sales. Early experiments with making plastic buttons began in the 1920s using the same machines that revolutionized the pearl shell button production years before. In the 1950s and 60’s, Muscatine factories made fresh water, ocean pearl and plastic buttons simultaneously. By the  late 1960s companies in Muscatine had ceased all production of pearl buttons however they were still being produced in Lansing, Iowa up until the 1990s. During the height of production, there were many companies producing under various retail brands of the Muscatine Button Co., the US button company, the Pioneer Pearl Button Company, the American Pearl Button Company, and the Hawkeye Button Company.

My passion for collecting not only includes the beautiful buttons, but also the unique card graphics. Here are some examples from my collection that I share in our Image Library (see navigation above). The Mermaid Pearl and Appropriate images are in our FREE Printables category. Print the images and create cards and tags. The Fancy Trimmings and Buttons Label is perfect for labeling your jar of buttons! The Bluebird Pearl Button Card and the Romper Pearl Button Card images are charming graphics to print- perfect for a hand made a Mother’s Day card!

The jewelry I shared in the video is featured in my book Button{ware}: the art of making creative adornments and embellishments ! This book is available in print on Amazon or as a PDF in the PDF Books section of my SHOP.

The Star of the LIVE Show

I also shared this fabulous star in the LIVE video and explained that the buttons were “pre-stitched” then applied with glue to the wood star base. This was only the beginning of the inspiring projects in my mother-of-pearl collection, so stay tuned for more button inspiration! Sign up for my newsletter to keep up-to-date on new videos I release, as well as the latest images I curate along with modern projects MAKE! Looking to meet other like-minded creative spirits who love the idea of making vintage modern, join my Facebook Group today!! Oh and don’t forget to check out my  Instagram feed too!  Thanks for stopping by!

Here are links to the products mentioned 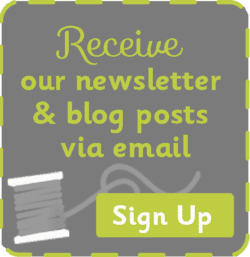 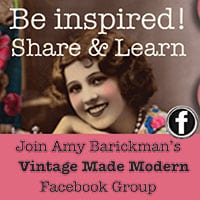 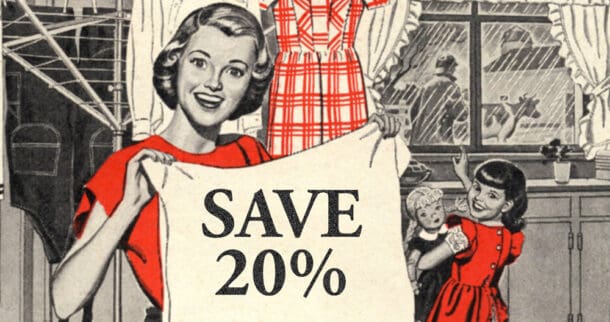 The discount is good for any item(s) in my shop at AmyBarickman.com. By joining my newsletter, you'll also receive a special PDF bonus featuring Vintage Made Modern printables including labels, lists, cards, and a magic pattern!